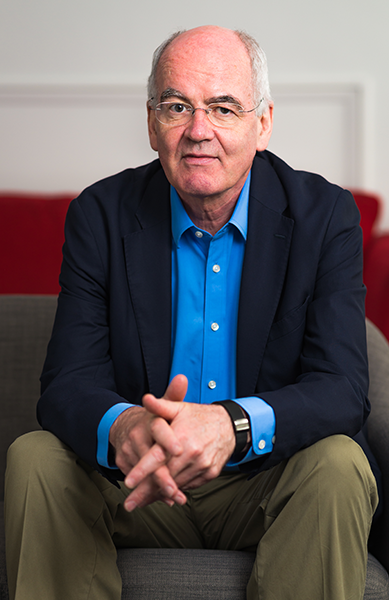 If our unsustainability hasn’t profoundly shocked you, then you haven’t fully understood it yet.

John Elkington is one of the founders of the global sustainability movement, an experienced advisor to business, and a highly regarded thought leader and keynote speaker.

In 2008, The Evening Standard named John among the ‘1000 Most Influential People’ in London, describing him as “a true green business guru”, and as “an evangelist for corporate social and environmental responsibility long before it was fashionable”. In 2009, a CSR International survey of the Top 100 CSR leaders placed John fourth: after Al Gore, Barack Obama and the late Anita Roddick of the Body Shop, and alongside Muhammad Yunus of the Grameen Bank.

John has addressed over 1,000 conferences around the world. He was a faculty member of the World Economic Forum from 2002-2008. He has served on over 70 boards and advisory boards. John has won numerous awards and is the author or co-author of 20 books. John’s Cannibals with Forks in 1997 popularised his ‘Triple Bottom Line’ concept (People, Planet, Profit) and laid the foundations for sustainable business strategy. The 20th book was published in April: Green Swans: The Coming Boom in Regenerative Capitalism (Fast Company Press).

John co-founded Volans to span the yawning divides between what the sustainability industry was doing and what needs to be done. As the company enters its second decade, John is on a mission to “10X” Volans’ impact.

Q. What brought you here?
A. The desire to find the space to breathe and companions willing to take semi-insane risks.

Q. When are you most fulfilled?
A. When off balance, trying to work out what it is I’m meant to be doing on this planet of ours. In nature. When with family and friends. Parachuting, though not literally, into new places. When reading. And when immersed in a new writing project.

Q. Where is your centre of gravity: past, present or future?
A. The past and the future are where I focus much of my time, but always with the intention of bringing lessons from yesterday and tomorrow into the worlds of today.

Q. What are you most like?
A. At going on 70, I feel most like a chrysalis. Metamorphosing. Building on the good bits of what I’ve done in the past, hopefully learning in the present from the bad things, and aiming to take wing into a future where we work out how to regenerate our economies, societies and, crucially, the (not our) biosphere.